Once a major player in the global market, the United States has been struggling in the metal casting industry every since the economic collapse in 2008. Not only has the United States been eclipsed by China in terms of the amount of metal being produced, but the number of foundries in this country has reduced by more than 1000 since the 1990s, within 300 foundries closing their doors over the past 5 years.

Ever-Changing Tax Policies: The short-term tax policies surrounding the production, exporting and importing of metal have made long-term financial planning a nightmare for any company working in the melting copper industry.

Conflicting Regulations: Current regulations in the United States have put a damper on companies having any chance of being competitive in the global marketplace. One example is that although greenhouse gas emissions have significantly dropped over the recent years, the EPA continues to impose a number of outdated regulations over the utility sector that are preventing growth in these industries.

Skilled Worker Shortage: Hundreds of manufacturing-related jobs go unfilled in this country simply because there is no one available to fill them.

Foreign Competition: The United States is losing its spot as one of the top metal producers and manufacturers across the globe.

A Solution: Access To Efficient And Affordable Energy Sources And Tools
Though industries involved in metalworking face several challenges, many can be alleviated by access to efficient energy sources that won’t ruin a company’s bottom line. This may not be a possibility for foundries today, but what is possible is making use of more efficient tools that can streamline metal casting processes.

Induction melting is an affordable solution. This method of melting copper not only improves the uniformity and quality of the copper being produced, but it has also proven to: 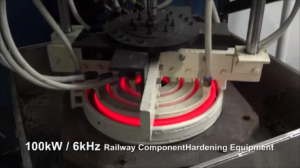 Why an Induction Heating Machine is the Right Choice for Industry 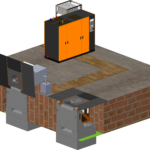 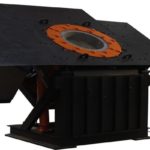